The world’s first smartphone with a hole-punch display Honor View 20 released in UK is great even more than the last year’s Honor View 10. The “Honor” is actually a brand in a state of fluidity. It was previously known as the cool kid on a block, a smart and funky alternative over mid-range boring smartphones. But now, it’s looking at the premium flagship devices with resentful – yet hungry eyes.

If you are looking to get your hands on the most expensive devices such as Samsung S10+, iPhone XS Max and Huawei's Mate 20 Pro Series you may need to come oozing innovation, fully-baked and impressive specs. Yes! The Honor View 20 which has innovative and coolest design and comes loaded with everything you would want without breaking your banks. Let’s keep going and find out more in our Honor View 20 review below.

We have gathered all Honor View 20 Specifications here on this single page i.e. 6.4-inches IPS LCD screen with 1080 x 2310 pixels resolution and Android Pie 9.0 system based on Magic UI2. Rest of the things are as follow:

The Honor View 20 Price isn’t final. But it has already made its debut in UK with pricing starting at around £499 for 6GB/128GB variant. The other variant with 8GB/256GB goes for a whopping £590.

One will be able to pick Honor View 20 in a choice of 4 amazing colors – Saphire Blue, Phantom Blue, Phantom Red, and Midnight Black. 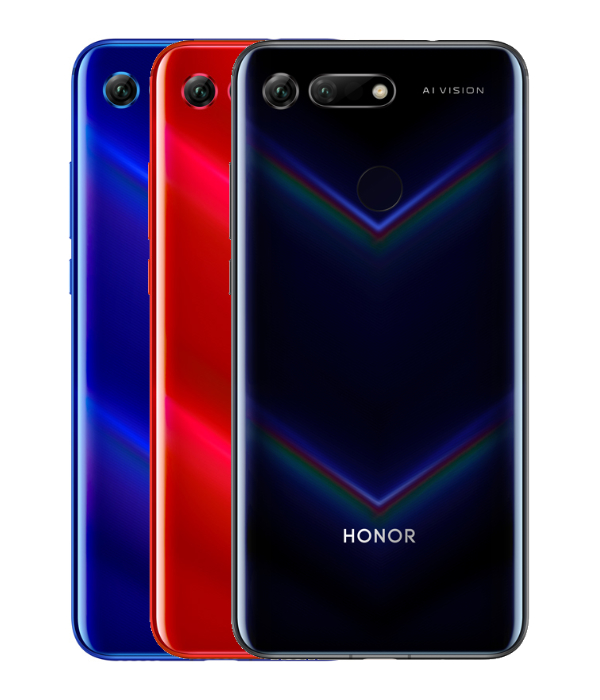 Both 128GB and 256GB models are being offered to accommodate all of your stuff such as videos, images, and files. Do you want to take the storage to the next level? No, you can’t as no one is allowed to expand it any further. For shutterbugs, Honor View 20 comes with 48MP + TOF camera lenses outback whereas a 25MP solid and quality-oriented selfie snapper is holding its position at the front. It’s associated with a dual-LED flash which can be used to capture detailed and colorful images as well as videos in low-light condition.


At Casestyle, we stock a selection of  Honor View 20 cases, covers and accessories. Check them out and order online today for fast and free delivery.